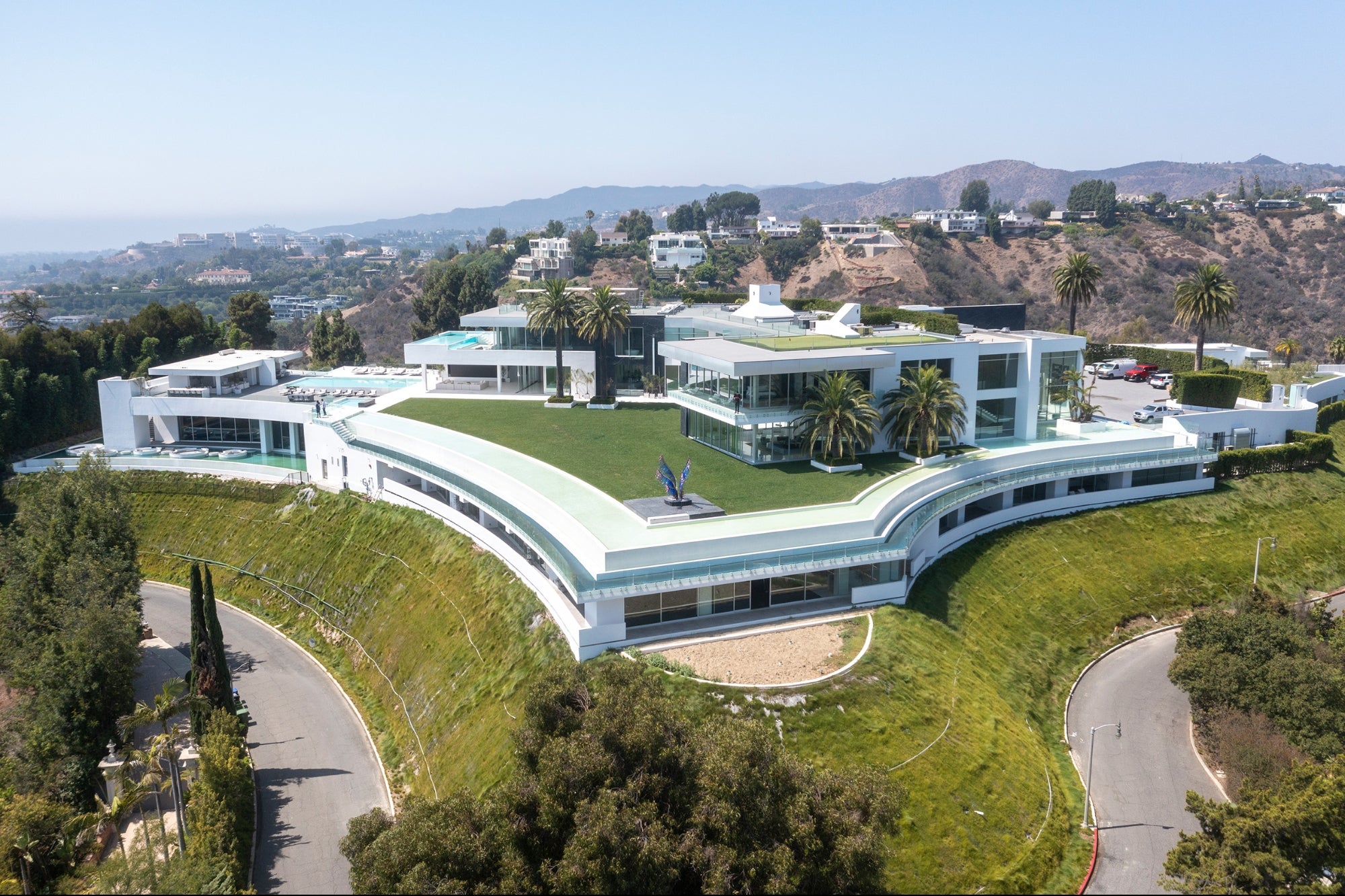 A 105,000 square foot megamansion nestled in Los Angeles’ hilly Bel Air neighborhood that was listed for $295 million sold at a bankruptcy auction for $141 million, CNBC reports. The sale concretizes an ambitious and expensive real estate project of 10 years.

Known as “The One”, the house was built by former Hollywood producer Nile Niami, who built some of the most extravagant mansions in Bel Air and Beverly Hills to resell for a profit. When he launched The One ten years ago, he called the property his “life mission” and “the biggest and most expensive house in the urban world”. He planned to list it for $500 million, but rising construction costs and more than $190 million in debt forced the property into receivership last year. As part of the ensuing bankruptcy settlement, the home was listed for $295 million, but no buyers came forward, so it was put up for auction.

The One is the most expensive house ever sold at auction in the United States â€“ and in the world. The previous record was set by a $51 million house auctioned last year in Beverly Park. “It was a very competitive bidding process,” Laura Brady, CEO of Concierge Auctions, which auctioned The One, told CNBC. “We had a strong bidding group, with bidders from multiple countries.” The highest bid on the home was $126 million, but with the buyer’s premium, the final sale price will total $141 million.

The home buyer, who is expected to be revealed in bankruptcy court in the coming days, will face numerous legal and home improvement issues. According to the receiver’s report and a technical survey, the house has cracks in and around numerous pools and masonry, signs of mold and multiple outstanding building and occupancy permits – not to mention the local homeowners association who fights against its construction.

The One is the third most expensive home ever sold in Los Angeles, following Marc Andreessen’s $177 million purchase last year of a Malibu resort and Jeff Bezos’ $165 million purchase of the former Jack Warner Estate in Beverly Hills.