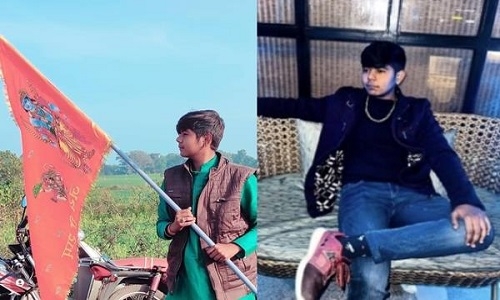 In the case of the death of BTech student Nishank Rathore, the SIT (Special Investigation Team) formed under the leadership of Raisen ASP made a big reveal on the first day of the investigation. The late Nishank Rathore had taken out a loan from more than 18 Instant Loan applications running on Chinese servers.

SIT recreated the incident four times, but could not reach a final decision. The police investigation was reduced to taking out loans. Now the police are gathering enough evidence to convince the family that the boy committed suicide.

The late Nishank had repaid the loan on multiple requests, but the so-called cyber crooks operating these instant loan request servers were blackmailing Nishank. In the cyber forensic investigation, it was brought to light based on Nishank Rathore’s social media account, online banking app and internet data.

Police suspect the instant loan operators stole the phone and all the phone book numbers, including personal photos and life details therein, which they used to blackmail Nishank. Raisen Police on Wednesday interviewed 12 friends, 2 girlfriends and all family members of Nishank living in Bhopal and Narmadapuram in this case throughout the day.

It should be noted that to solve the mystery of Nishank’s death, the Raisen police formed the SIT on Wednesday. Obedullaganj SDOP Malkit Singh, Mandideep TI Manoj Singh, Satlapur TI Vijay Tripathi and Obedullaganj TI Sandeep Chaurasia were included in the SIT formed under the leadership of ASP Amrit Meena.

2022-07-29
Previous Post: Cash On Your Mobile – Cash Loans Sydney explains why customers should choose them
Next Post: Funding obtained through the use of GADCapital online loans are among the easiest to acquire – Research Snipers